We went all the way up to Cape Reinga, which is where the Pacific and the Tasmanian See meets. 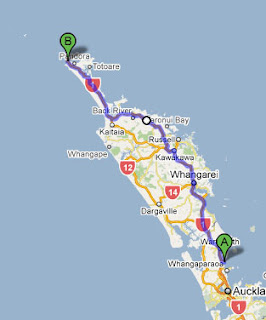 On the way up we made a lunch stop at Lake Waiparera (yep, that’s what it is called and there will much more city/attraction names with Ws, As, Rs and Es in it, trust me). 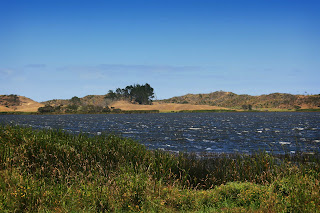 Then we came by the Ninety Mile Beach, which you could drive on with a car, but just no rental car and absolutely not with the Monster, anyway it was high tide so we couldn’t really walk on the beach, but look for you self. 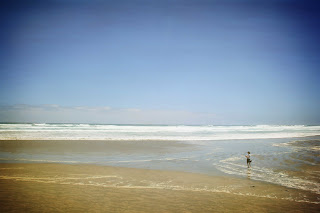 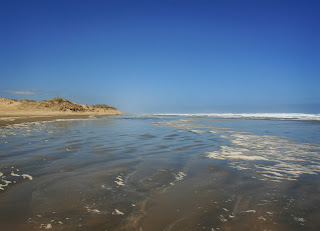 So this is Cape Reinga and its light tower. 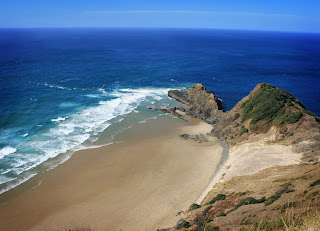 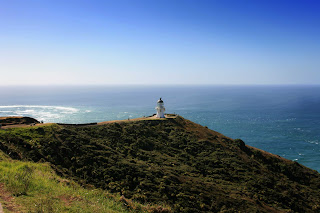 The countdown for the big birthday is down to three and I think I have everything planed out, which does not mean that everything is ready, but the plan stands.

I just came home after spending an evening with some real good friends and while walking home I thought about how lucky I am that I have those friends. I don’t know if it has something to do with the big birthday coming up next weekend or not, but the feeling just overcame me and I had to smile to myself.
Some of these friends know me for more than 25 years, which basically means that they know all the details/secrets of my live and I know I can trust them totally. This thought makes me happy and gives me a good feeling for next years to come.

Thank you friends for being there.
Eingestellt von Svenja um 21.2.10 No comments:

So after we got all the information from Pacific Horizon (I can really recommend that rental company) about our motor home and after the first visit to the supermarket, we drove our monster (that’s how we called our motor home) up north to Weiwera. 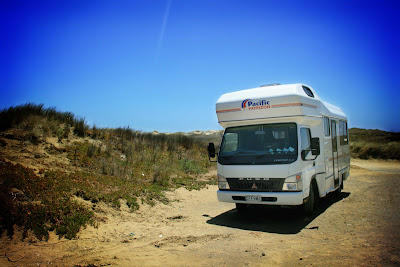 The monster
The way went right through Auckland, which means driving the monster for the first time and on wrong side of the street (they driving on the left side)! Let me tell you this. I was a little excited…

The way up to Waiwera
The first campground we tried was full, but we found a much better one in a little bay and had a site directly near the beach. What do you think? 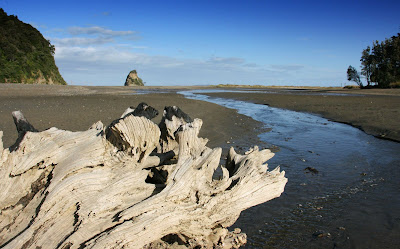 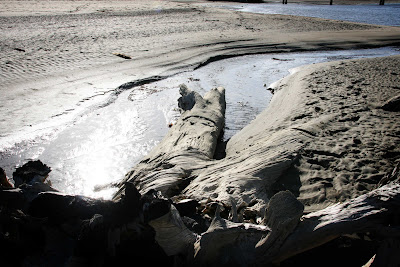 This bug makes a very loud noise and… 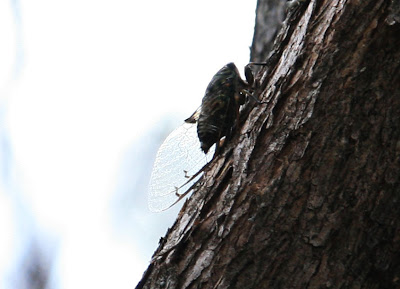 I have no clue what happens to him, after he left his body… 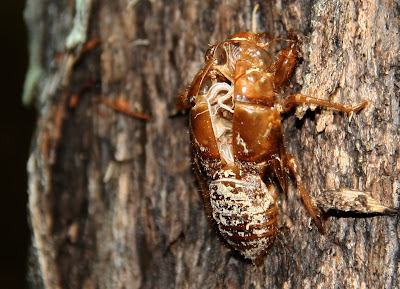 OK every vacation starts with the travel to the Country/City you want to spend your vacation in, so we flew from Munich via Dubai and Sydney to Auckland with Emirates. I have to tell you that on the first half (Munich-Dubai) we had the MOST uncomfortable seats I've EVER had. In Dubai we changed aircraft and we flew with an A380 the long way from Dubai-Sydney-Auckland and the only thought we had until we got on the plan was, that hopefully the seats would better. Well there were and that’s how the Emirates A380 looks from the inside. 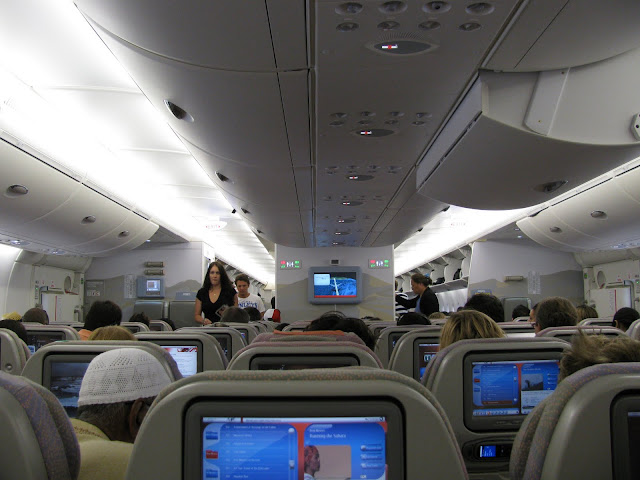 If you ever think about going to any city in New Zeeland over New Year, then don’t do it! Everything in the city is closed and I mean almost everything… After we arrived in Auckland we took a shower and then we wanted to explore the city as long as our tired bodies would allow us to. Let me tell you when you are tiered and everything is closed, a city walk is not the most interesting thing to do, even if it’s New Years evening. So, we went to McDonalds for a New Years Menu! Then we went to bed and slept with a little break at around midnight for celebrating the year 2010.
Our fist day in Auckland we spend actually on Waiheke Island, since the city was closed (I think I mentioned that already?!). When we left our hotel is was a little cool, cloudy and windy so we were dressed in jeans, t- and sweat-shirt and took our rain coats. (You asking you self why is she telling all this, hang on there is plot to this story). Well after the ferry left the harbor the sun came out and we took of the rain coats. By the time we arrived at the island we had also taken off the sweat-shirts and then we saw all the people with their swimming gear and we found out that we were dressed totally wrong! It is true the weather changes in New Zeeland very quickly and often!!!

Anyway, we took the island bus to one of the beaches and we were the only two persons dressed in jeans on the beach!!! 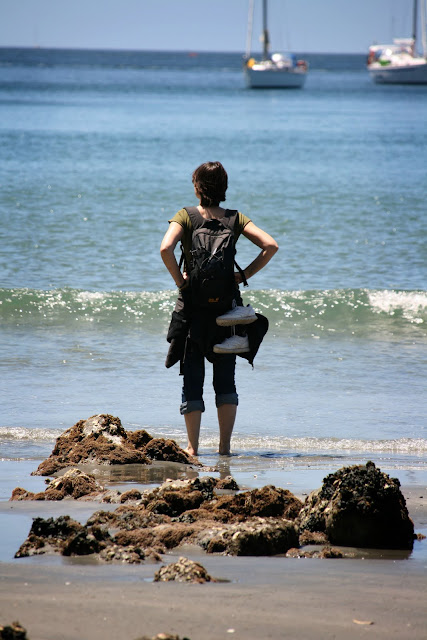 Nevertheless we enjoyed the warm weather and took some hikes on the island and I got a little carried away with taking photos from seashells, sand dollars (see first post), flowers and sun sets. 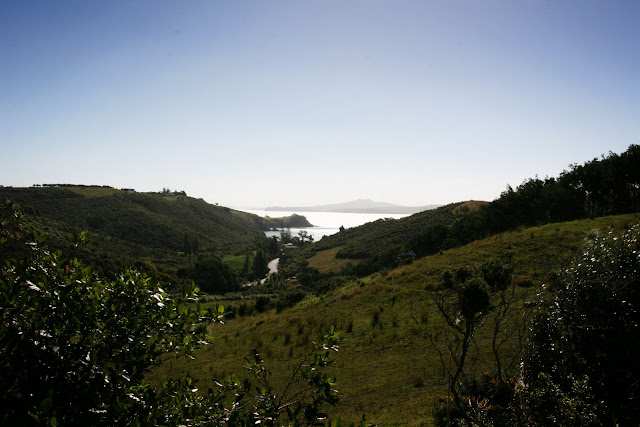 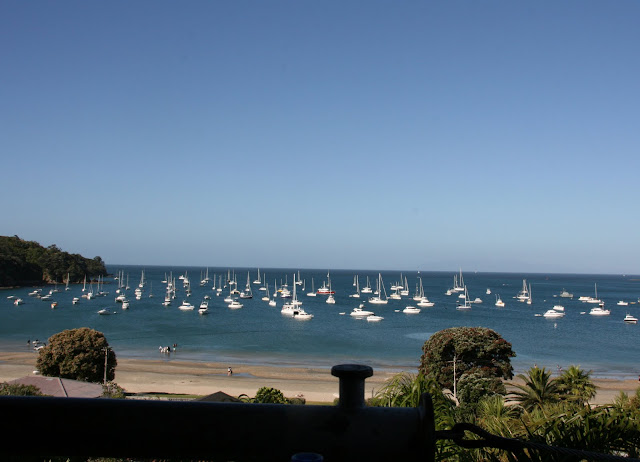 The view from our table at the restaurant. 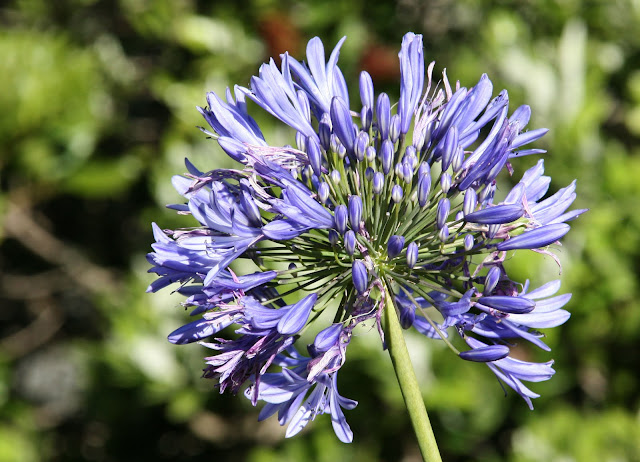 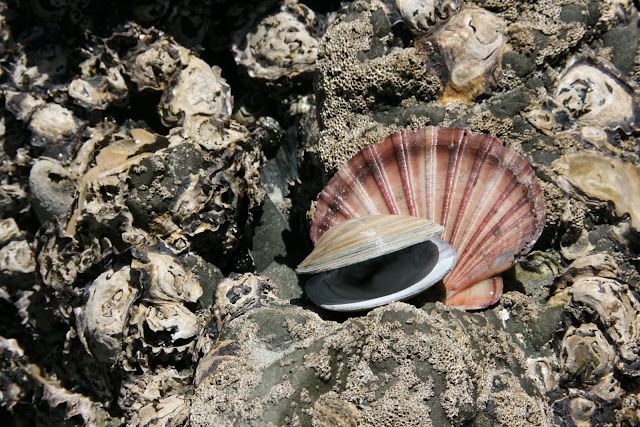 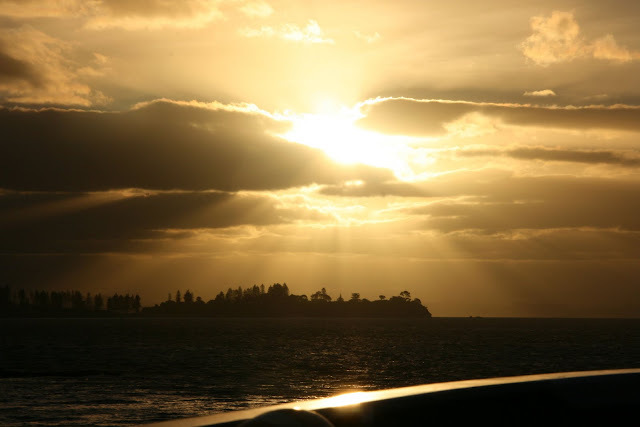 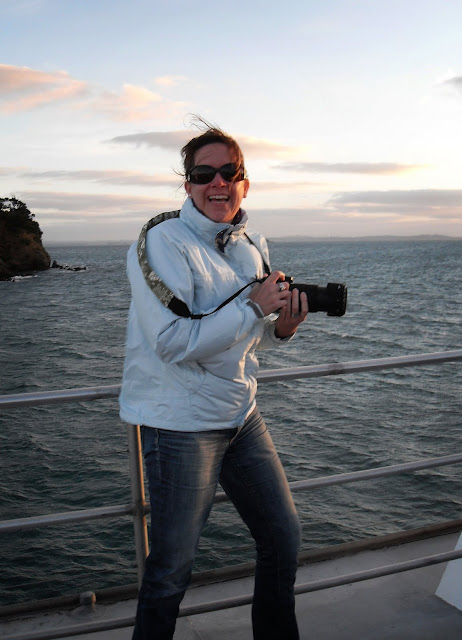 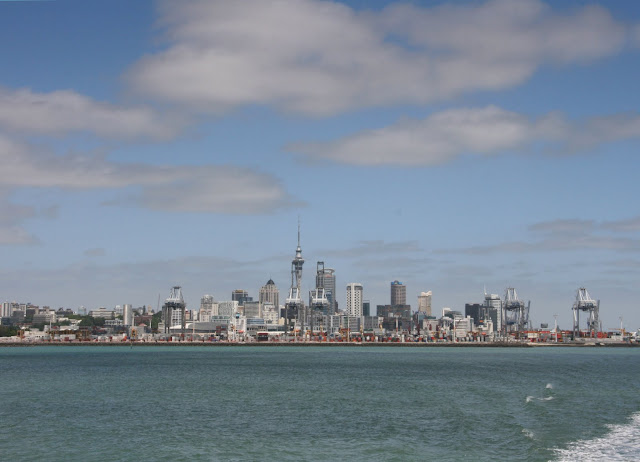 Here are some random photos from our second day in Auckland. 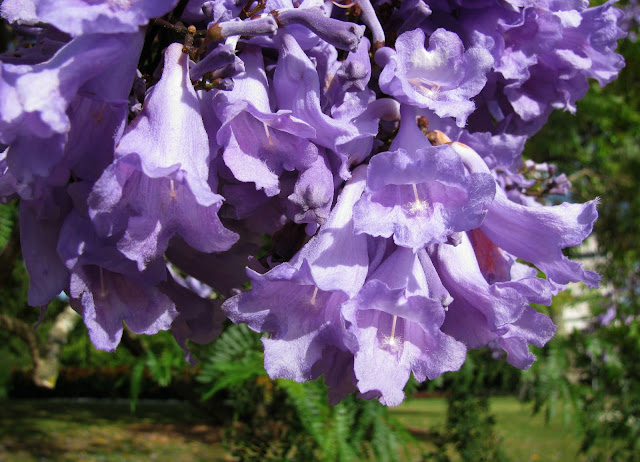 Blooming tree in the Albert Park 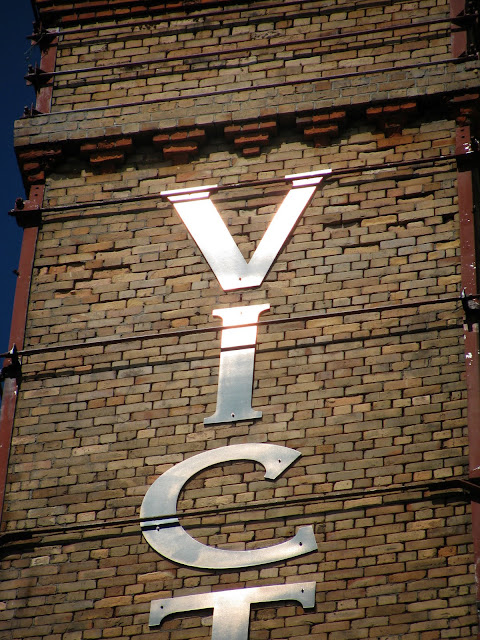 Victory Park Shopping Center (which was of course closed!) 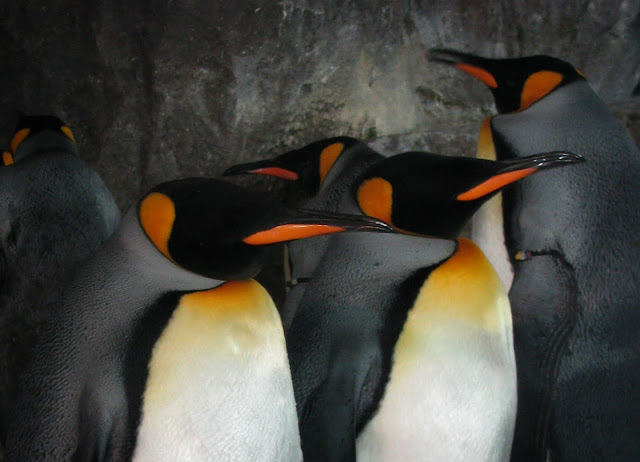 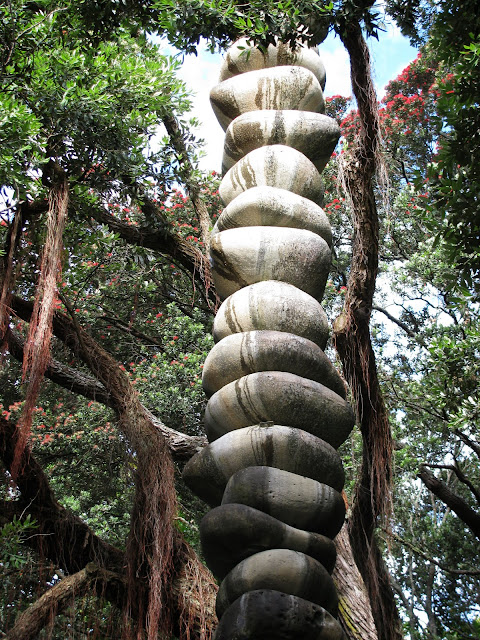 Stones in the Albert Park
The next day we got our Motorhome and left Auckland behind us.
Eingestellt von Svenja um 14.2.10 No comments:

I wanted to post some more pictures and stories of New Zeeland, but unfortunately I didn’t find the time to do it the right way. I mean, I want to tell you a little bit about every photo and about our route we took, and not just post the photos one after another. So please be patient until then…


So, what was I doing with all my time???
- Well after meeting or talking to friends on the phone I found out that two babies are on the way (yeah), one marriage (yeah) and two separations took place.
- There was the 11th birthday of my nice Pia.
- My nice Clara was accepted for the PPT exchange program and will spend a year in the USA, just like her aunt did (can you tell that I’m proud of her).
- There was a business trip to Hamburg.
- And right now I’m in Toulouse, France for another business trip

I hope you all had a nice and relaxing weekend and I wish you a nice week.

Well my body is back in the cold winter land, my mind is still in the warm summer land, and my body time is somewhere in between…I’m running around like the little “Duracel clapping hand monkey” (I don’t know if you in the US know that old commercial, but the monkey is running around and is clapping the percussions between his hands, and is powered by some very big Duracel batteries). Well that’s how I feel…

New Zealand was GREAT and I only took about a gazillion photos which of course now have to be looked at in detail and I’m sure a lot of them can be deleted, but I hope some of them turned out ok.
Here are a few of the ones I took on the first two days in Auckland and Waiheke Island 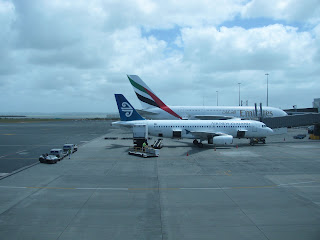 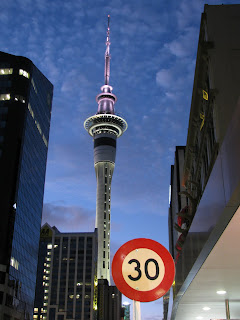 The Sky Tower in Auckland 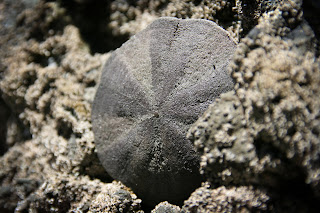 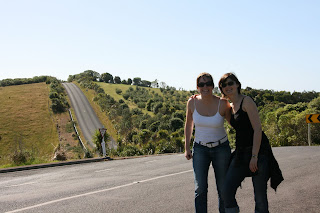 Ingrid and I on Waiheke Island
There will be more in the next few days now is my bed calling...
Eingestellt von Svenja um 2.2.10 3 comments: